Global warming is having a significant impact on global flora — especially on crops. Many plant species are not able to adapt quickly enough to the new conditions. Plant varieties that can be cultivated profitably even under adverse conditions will become increasingly important to society.

Until now, anyone wanting to study roots and tubers had to dig them up. As a consequence of this irreversible type of analysis, the evaluation of time-resolved information could be realized only via statistical methods. Within the past few years, industrial computed tomography (CT) has increasingly been used in the analysis of underground structures. This opens the door to brand-new approaches in phenotyping. By means of segmentation, it is possible to separate the structures being studied from their environment and visualize the root structures in 3D. Because this reveal of the root structure takes place in a purely virtual fashion based on the measured data records, the exact same plant can be measured at different points in time. The growth in volume and the 3D root or bulb structure beneath the ground can now be analyzed without digging up and thereby destroying the plant.

This type of imaging is not limited to underground structures: before now, many other plant features were also visually inaccessible and could be studied only using destructive methods, such as seeds and fruits in general.

Continuous monitoring is the key to the optimal genotype

As part of an experimental setup at the Fraunhofer Development Center X-ray Technology EZRT, a climate chamber that can precisely simulate the temperature and humidity of any region was established. Plants of different genotypes are automatically transported to the X-ray source on a conveyor system. The facility is capable of producing 3D CT images.

The “RootForce” algorithm, developed specifically for this purpose at EZRT, can reliably separate the root structure from the rest of the image, allowing the root structures to be precisely evaluated. These images can be viewed over time to determine which genotype is the most promising candidate for specific climatic conditions.

CT for evaluation of underground structures

With the help of computed tomography, we are able to scientifically evaluate which genotype is superior to another based on a statistical consideration of its physiology. This can further professionalize and simplify the targeted cultivation of plant species with the greatest possible resistance to specific climatic conditions. 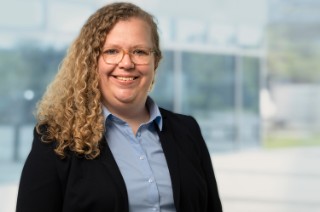