In our interview, Professor Ute Schmid, head of the Comprehensible Artificial Intelligence project group and professor at the University of Bamberg, and Dominik Seuss, head of the Intelligent Systems group and head of the Image Analysis and Pattern Recognition business unit, describe in an interview how AI is constantly expanding to include more and more applications and further areas of implementation and explain why humans require transparency and explainability in AI systems.

In the context of machine learning, experts differentiate between “black-box” and “white-box” methods. This designation is used to indicate whether the learned model produces results in a format that can be understood by a human being. Why do black-box methods exist in the first place – why aren’t white-box methods standard?

Prof. Schmid: Different machine learning approaches are each adapted to solving different types of problems. White-box methods are very successful in applications where the attributes used to describe the data to be classified are clearly defined. Generally speaking, that applies when the data relates to unique, nameable properties such as size, weight, color, or demographic characteristics, that is, if data are available in tabular format or as structured objects.

With image data, by contrast – where you’re dealing with contrasts, color gradients, and textures – it’s not always easy to decide which information is relevant for making decisions. This kind of information is also difficult to put into words. Here black-box methods, such as Convolutional Neural Networks (CNNs) which allow end-to-end learning, that is, learning can be performed directly on the raw data without the need to feature extraxtion.

Dominik Seuss: There are advantages to both methods. Black-box approaches tend to produce more precise predictions because they don’t have to extract any attributes that can be understood by humans. They are able to analyze highly complex, high-dimensional dependencies and that frequently makes them a lot more powerful than white-box methods. It is precisely this quality, however, that makes it difficult to determine whether the network is employing relevant or purely random attributes when it makes decisions. For example, it might be interpreting the background color as a key parameter in its decisions.

Explainable AI is often mentioned in the context of the “third wave of AI.” How are the two related?

Prof. Schmid: The term “third wave” is based on historical phases in artificial intelligence research, each of which is defined by the dominant methods of the time.

The first wave of AI is best summed up in the term “describe.” This refers to knowledge-based methods, knowledge representation and automatic reasoning techniques. For these approaches it is required that knowledge in a particular area is modelled manually in a process referred to as “knowledge engineering.”

The second wave, can be summed up  as “learn,” is focused on purely data-driven, statistical approaches to machine learning, such as support-vector machines and artificial neural networks. Explainability by humans does not  play a role when the quality of these methods is evaluated . The only relevant criterion is predictive performance, that is  the estimated number of errors the learned model will make when confronted with unseen data.

Since AI moves more and more from research laboratories to an increasing number of applications, we are starting to recognize that when we want to use machine learning in practice, it is critically important to ensure transparency and explainability, as well as adaptivity, that is, the ability of the model to adapt to different contexts in complex socio-technical systems. That insight has triggered the third wave of AI, which is summed up in the term  “explain.”

The Comprehensible Artificial Intelligence project group is a collaboration between the University of Bamberg and Fraunhofer IIS. The group researches the potential of explainable machine learning. Why was the group founded in the first place? What are the practical applications of your findings?

Prof. Schmid: Explainable AI refers to methods that allow to make the decisions of AI systems transparent and explainable. This applies in particular to systems based on machine learning. Complex neural networks can be opaque and their decisions difficult to explain, even for the developers themselves.

Currently, extensive research is being conducted on different methods  to highlight and visualize the key aspects of the input data  that influenced the neural network’s decision. Take, for example, a diagnosis based on a medical image. The developer can use visualizations to determine whether the learned model is accurate or overfitted, for example, because it is correlating arelevant attribute with an irrelevant attribute, such as the background color. Users – in this case, medical professionals – are more likely to need explanations of the diagnosis itself, and these types of explanations are often best expressed verbally. In the medical example, the diagnostic decision could be explained in a way which relates to the input data, for example, that a particular type of tumor was identified due to the location and type of tissue affected.

Dominik Seuss: Right now, we’re working on pain recognition, for example. There isn’t much data available for this use case, so neural networks tend to identify false correlations in the data. In the worst cases, they simply try to “memorize” the training data. So, we use visualization techniques, or techniques such as layer-wise relevance propagation and others, that show us which parts of the input image had the greatest impact on the neural network’s decision. In the next stage, we can integrate existing knowledge from psychology experts into the network modelling process. We can do that by building targeted restrictions into the learning process. This means that we prevent the network from learning potential correlations that are physiologically impossible. This allows us to produce robust models, even when we only have limited data available.

Prof. Schmid: Of course, explainability is not only relevant to medical diagnostics; it is also critical for all kinds of fields in which decisions can have serious consequences, for example when it comes to controlling production processes or mobility and autonomous vehicles.

To what extent are the interdisciplinary methods developed by your group – particularly those related to explainable AI for medical and automotive applications – intended to benefit the ADA Lovelace Center?

Prof. Schmid: I’m currently supervising several PhD students, both in the Image Analysis and Pattern Recognition group as well as at the ADA Lovelace Center. I think it’s very exciting and inspiring to work together with colleagues who draw on wide-ranging technical perspectives and areas of expertise. The added value in the approaches we develop as part of our research, not least of which is the fact that they’ve been proven in practice.

In the Comprehensible Artificial Intelligence project group, we focus on generating multimodal explanations, a research area inspired by work in the field of cognitive psychology. Another key aspect in assessing a system’s decisions is to know how the system came to a particular decision.

Dominik Seuss: Knowing that helps us solve a wide range of problems. One example is when we fuse complementary data sources.

Since every decision made by a classifier is a source of uncertainty, our fusion algorithms provide opportunities to respond dynamically to changing environmental conditions.

Let’s say a vehicle sensor is damaged, and as a result, it’s supplying noisy data. The classifier recognizes that the data doesn’t reflect the properties it was trained to process and assigns a high level of uncertainty to any decisions based on this data. As a result, when the data is fused, the system may respond either by relying more heavily on other modalities or by triggering an emergency, for example, pulling off to the side of the road. 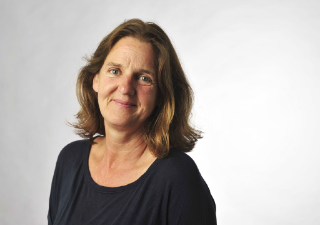