Thinking is hard work. Computers are no exception: In fact, they consume significantly more power when making decisions by recourse to artificial intelligence than people or animals. A dedicated AI processor uses 7000 times more energy than the brain of a bee to recognize a flower in an image, for example. This massive energy consumption is particularly problematic when it comes to transferring artificial intelligence to end devices – such as the sensors built into a bridge to detect changes in the structure’s tension, or in wearable devices that can be switched on and off using voice controls. Applications like these are sometimes referred to as Edge AI. That said, this kind of artificial intelligence promises numerous benefits: It is able to function in the absence of an internet connection. It is substantially faster than conventional AI, which involves sending data to a cloud, and analyzing it there. And it safeguards privacy, data sovereignty, security, and safety, as data is only relinquished to the extent absolutely necessary, if at all. The main obstacle so far, however, is the vast energy consumption of the components involved.

The challenge of reducing energy consumption

But how can the energy needs of artificial intelligence be brought down to a level compatible with Edge AI applications? This is the question being investigated by research teams at Fraunhofer IIS led by Dr. Marco Breiling and Dr. Loreto Mateu, in two projects: TEMPO and ANDANTE, the latter also involving the Fraunhofer institutes EMFT and IPMS, alongside numerous other partners. “We are developing the energy-saving chips, hardware-aware algorithms, and corresponding tools needed for Edge AI. In this process, we already have the hardware’s limitations in mind when developing the algorithms, besides taking them into account during optimization,” says Dr. Marco Breiling, chief scientist at the Communication Systems division. In the project TEMPO, the research team is laying the foundations for the technology in the context of radar and LiDAR applications, while ANDANTE builds on this with a focus on voice activity detection.

Digital or analog? Both!

A key feature of both projects is how they combine digital and analog technologies to harness the benefits of both. “Multiplications and additions can be effectively performed as analog processes, so for these applications we can do without a complex digital circuit that would demand a great deal of energy,” explains Dr. Loreto Mateu, group manager at the Smart Sensing and Electronics division, who is in charge of the development of analog components. The control systems, meanwhile, require digital circuits created by Breiling’s team. It is this combination of analog and digital circuits developed specifically for certain AI applications that makes Edge-AI even possible. 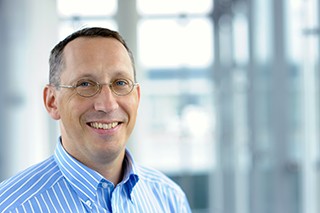 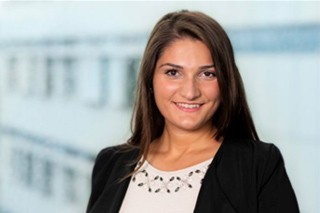