Computed laminography (CL) is an ideal X-ray analysis technique for the inspection of laminar components. Due to their unfavorable aspect ratio they are not easily accessible from all sides and thus a regular CT scan cannot be performed. CL is employing alternative scanning geometries for overcoming these hindrances. Individual sectional planes of an object can be represented sharply (focal plane). An extraction of a multitude of focal planes is conducted by means of reconstruction algorithms like tomosynthesis or iterative methods, each having specific advantages. In addition to the inspection of printed circuit boards, CL is applied in the analysis of modern lightweight materials (e.g. fibre reinforced polymers CFRP and GFRP).

During image acquisition the X-ray components are moved on co-planar trajectories which in combination with the central beam define a focal plane. At different positions of the components on the trajectories individual images are acquired. Depth information is then reconstructed via tomosynthesis. Due to limited angular information from the sides, this depth resolution is also limited. Thus, the reconstruction is usually called 2.5D in contrast to 3D data. A three-dimensional image around the focal plane is generated which has limited information in the third dimension. Object accessibility and technical specifications of the measurement system are allowing the definition and application of different scan geometries that, in return, are resulting in different third-dimension artifacts. 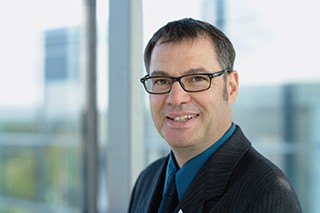