Individual museum tour: Launch of a new WLAN-based guide system at the Museum of Industrial Culture in Nuremberg

Visitors to the Museum of Industrial culture now have the opportunity to discover the exhibition in a very special way. A mobile multimedia guide system offers detailed background information based on the current location of the user.

The mobile device calculates continuously the visitor position and displays the current location as well as which surrounding exhibition pieces additional information is available for. The visitor can then choose which exhibits he would like to learn more about in the form of videos, animations, audio samples or photographs. With the new guide system, the visitor always remains in control and can explore the exhibition according to his own interests. Matthias Murko, Director of the Museum, is enthusiastic about the system: “The visitor finishes the exhibition in the present. Now he is guided by technology of the future.“

Typical location detection systems such as GPS run up against their limits when used indoors. For this reason, the researchers at Fraunhofer IIS developed awiloc®, a technology for WLAN- based positioning indoors and in cities that can determine locations with a level of precision down to a few meters. “The design of the Museum of Industrial Culture with both small rooms and large open spaces poses particular challenges with regard to position detection. Our task was to ensure consistently good locating results for the visitors,“says Steffen Meyer, who leads the awiloc® development at Fraunhofer IIS.

The guide system was developed and implemented by the company art2guide. Over 180 film, audio and text contributions were produced in total. “The multimedia guide primarily offers users supplemental information on the exhibits, covering new facets that previously could not be presented. For example, Count Anton Wolfgang von Faber-Castell explains his personal family and company history in an interview,“ explains Markus Prosenz from art2guide. “We combined the positioning technology with a new, user-friendly interface to create a guide system offering previously unexplored possibilities for teaching and higher levels of user-friendliness,“ continues Prosenz. This pilot project, which was carried out in close collaboration between the Museum of Industrial Culture, art2guide and Fraunhofer IIS, has set new standards in conveying information in terms of both content and technology. The system will be tested in Nuremberg until the end of the year, after which it should also be used in other museums. Contact Information 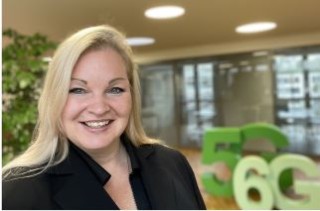