Secure communication in the Internet of Things with the IoT-Bus

Nürnberg, Germany – embedded world, Hall 4, Booth 460: The secure and reliable connection of physical objects is a crucial success factor for applications in the Internet of Things (IoT). The Fraunhofer Institute for Integrated Circuits IIS has developed the IoT-Bus, the first fieldbus to feature IPv6 support and an integrated security system. It combines Internet-protocol support with the advantages of a fieldbus, resulting in extensive range, high reliability and robustness and low latency.

Securely connecting production machines with each other over long distances is one of the great challenges in the Internet of Things. In the future, many applications for Industrie 4.0, building automation and energy management will require communication terminal nodes with IP capability. This increases integration flexibility for applications in connected processes. Fraunhofer IIS’s IoT-Bus is a fieldbus with native IPv6 support and facilitates continuous communication from sensor to cloud via TCP/IP. The standardized encryption methods used by this Internet protocol family (TLS and DTLS) ensure secure data transfer wherever it is required.

In the future, many IoT applications will require data rates that lie between low (up to 20 kBit/s) for simple fieldbuses for building automation, and high (over 100 Mbit/s). If the data rate is too low, IP capability and encryption are not feasible. If the bandwidth is too high, however, energy consumption and communication costs become unnecessarily high. With its current data rate of 1 Mbit/s and a range of up to 500 meters, the IoT-Bus is ideal for IoT applications with a medium data transmission rate. And thanks to its data container concept, it can be used as a fieldbus range extender and can, for instance, transport CAN messages over longer distances.

Terminal nodes with IPv6 capability and a built-in security concept

An IP-capable terminal node offers clear advantages when it comes to direct online access to the terminal node or a direct connection to the cloud. This removes the need for protocol conversion and encryption can take place continuously on the transport layer. By integrating the IPv6 protocol in the IoT-Bus, each terminal node receives its own IP address and can both transmit and receive data. As a result, machines can send status notifications and warnings to mobile devices, allowing operators to respond quickly and take appropriate countermeasures to avoid disruptions.

For cloud-based industrial applications that require a trusted and tamper-proof connection, the IoT-Bus can authenticate and encrypt by using its built-in cryptology process – such as TLS or DTLS. Thus, data and control commands can be securely communicated in the cloud.

Protocol consistency facilitates a quick exchange of packets between the wired IoT-Bus and wireless networks without a need for comprehensive protocol conversion. Thanks to the terminal nodes’ IP capability, it becomes possible to use protocols such as CoAP, MQTT, OPC-UA and web services on higher levels. Protocol consistency ensures that the MAC layer encryption of the IEEE 802.15.4 protocol is also maintained during a change of media.

Thanks to its IP and real-time capabilities, the IoT-Bus is suitable for diverse applications ranging from Industrie 4.0 and building automation to energy management. It enables secure communication between local equipment, energy providers such as photovoltaic plants, and the Internet. System components and sensors for condition monitoring can easily be made part of the IoT via mobile end devices. What’s more, interdependent production machines can exchange information via the IoT-Bus. Existing machinery can be retrofitted to make them IP-capable.

The IoT-Bus’s evolutionary approach enables easy integration of additional standard protocols. As opposed to wireless sensor networks and WPAN solutions, the IoT-Bus is characterized by high reliability, robustness and a greater range for point-to-point connections. Once implementation is complete, the IoT-Bus protocol stack will be available for licensing. IoT-Bus has been nominated as a special technological innovation in the Software category at embedded world 2017. For more information, please see www.iis.fraunhofer.de/iotbus 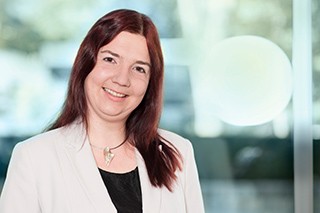