Future multisensory digital systems will have the ability to understand and simulate human sensory perception. The aim of the Campus of the Senses in Erlangen is to conduct fundamental research into the digitalization of human sensory experiences and to derive new technologies and services from this knowledge. The Campus of the Senses is a joint initiative of the Fraunhofer Institutes IIS and IVV in cooperation with Friedrich-Alexander-Universität Erlangen-Nürnberg (FAU).

The trend toward digitalization, until now mostly associated with industry, is increasingly spreading to all other areas of life, including people’s everyday activities. The Campus of the Senses in Erlangen intends to digitally recreate human senses such as sight and hearing, and especially the chemical senses of taste and smell. For instance, machines could be designed to help people who have lost their sense of taste and smell due to an infection determine whether food has gone bad.

Our understanding of the complex processes of human sensory perception is still relatively limited, and many questions remain unanswered. How do the different senses interact? Do people react differently to movies if they are simultaneously exposed to contradictory smells? Will I experience less stress at work if disturbing odors are replaced by more pleasant ones?

Many of the neurological processes involved in taste and smell perception are unconscious. With the support of machines, it might be possible to enhance people’s conscious awareness of their environment, and hence enable them to respond more appropriately to possible risks and dangers. The challenge lies in designing machines capable of recording and interpreting human sensory perceptions and transforming them into digital form. The Campus of the Senses addresses precisely these topics.

Established companies and startups in almost any sector of business are invited to work together with the Campus of the Senses in Erlangen. With the support of research partners, they can use the facilities to develop new methods and technologies for collecting and interpreting empirical data on the human senses and sensory perceptions, including the development of sensory aids and the analysis of human responses to sensory stimuli.

The planned infrastructure of the Campus of the Senses in Erlangen consists of three laboratories, each focusing on a different area of research, coordinated by a central office. Scientists with expertise in many different areas, including engineering, medicine, chemistry and neuroscience, can work here hand in hand to build knowledge, develop interdisciplinary expertise, and promote technology transfer in the field of sensory research and development. This will create new opportunities for scientific leadership: From the development of intelligent sensors and algorithms to extended man-machine interfaces and multi-sensory systems for stimulation.

The long-term goal of the Campus of the Senses in Erlangen is to secure Germany’s competitiveness by reinforcing its pioneering, international role in the field of the digitalization of the senses.

The campus will be built up over a period of five years, during which the central office will be established and the various laboratories and the technical infrastructure will go into operation. More importantly, a platform for joint creative research projects will be established to allow new methods and technologies to be developed beyond the confines of traditional scientific disciplines.

The Campus of the Senses in Erlangen is a joint initiative of the Fraunhofer Institutes IIS and IVV in cooperation with Friedrich-Alexander-Universität Erlangen-Nürnberg (FAU). The kick-off will be held at Fraunhofer IIS in Erlangen on September 15, 2017. 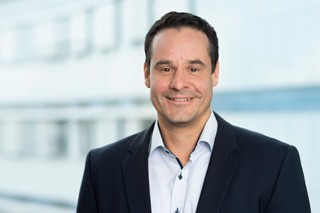 Campus of the Senses