Erlangen/Lund: Until now, time-consuming laboratory tests were necessary to detect pollutants and contaminants in liquids such as drinking water or juices. Now a novel mobile measuring device developed by Fraunhofer Institute for Integrated Circuits IIS in coopera-tion with CapSenze can quickly and reliably detect the presence of biochemical substances.

Pesticides in fruit and vegetables, hormones and antibiotics in meat, mycotoxins in foodstuffs and animal feed, or bacteria and germs in drinking water – polluted or otherwise contaminated food and drink pose a significant health risk. Until now, time-consuming and expensive laboratory tests were necessary in many cases to detect pollutants and contaminants in foodstuffs and liquids. Now a biosensor system developed by the Swedish company CapSenze which integrates an optimized evaluation circuit from Fraunhofer IIS is able to analyze liquids by means of biochemical sensors in a couple of minutes. The system is suited for mobile use due to its convenient size which is comparable to a box of matches.

The biosensor system can, for example, be used for on-site detection of contaminants in water and all water-soluble substances. It can also be employed for mobile foodstuff inspection, to monitor food chains and for detecting doping agents.

Supplying measurement data in the pico- to femtomole (10-12-10-15 moles per liter) range, the six different sensors of the biosensor system allow simultaneous detection of six different substances. Different sensor coatings, depending on the substance to be detected, are used to determine the presence of unwanted substances in foodstuffs and animal feed. The biosensor system is a highly sensitive piece of equipment which can identify, with the corresponding sensor coating, the presence of biochemical substances such as hormones, pesticides and mycotoxins in extremely low concentrations.

The biosensor system employs molecularly imprinted polymers (MIPs). The gold-plated electrodes of the device are coated with these selective MIPs. In the same way that a footprint makes an impression in wet cement, the molecules of the specific target substance are imprinted in these polymers. When the molecules of the pollutant or contaminant come into contact with the corresponding molecularly imprinted polymer, they then form a bond and change the electrical properties of the electrode. Each sensor is designed to react solely to a specific target substance and can even detect it in extremely low concentrations.

The evaluation component of this biosensor system has been developed by Fraunhofer IIS in the form of an integrated, capacitive evaluation circuit which boasts a measuring resolution of below 0.1%. Further advantages of this application-specific integrated circuit (ASIC) are its low energy consumption in the microwatt range and, through its integration, the small dimensions of the entire biosensor system of just a few centimeters. This means that the device is suitable for mobile applications, enabling quick on-site testing that is just as reliable but considerably less expensive than lab tests. In parallel, CapSenze has developed a new miniaturized transducer chip with six measurement electrodes. Compared to conventional measurement devices, this equipment can analyze six different substances simultaneously. On account of the automatic control of all functions, the system works autonomously without the need for human intervention.

CapSenze was founded 2009 as a spinoff company from Lund University. The company is built around two technological platforms, a patented high-performance capacitive biosensor technology (CapSenze BioSystem) and a versatile flow-injection analytical system (CapSenze FlowSystem). Both platforms hold more than 15 years of research from Lund University. In addition, the persons involved in CapSenze have broad competence within the field of biotechnology and life sciences. More information: www.capsenze.se.

This project has received funding from the European Union’s Horizon 2020 research and innovation programme under grant agreement No 653626. 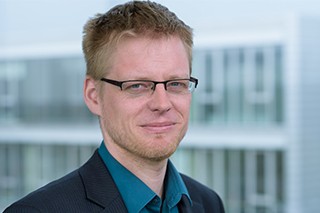