We develop systems using X-ray technology (2D and computed tomography) for production monitoring and production control that detect deviations from optimum production processes at an early stage in order to minimize production rejects.

Casting defects such as cavities or pores are not only detected, but also accurately located and analyzed. This permits further processing of components with abnormalities, which would previously have been treated as rejects due to a lack of information, as long as those abnormalities are in a non-critical area or if the region is later processed mechanically. Computed tomography (CT) is a particularly suitable tool for this, as it produces an accurate 3D image of the components. Moreover, the metadata obtained feeds directly into the manufacturing process. This intelligent data feedback means production parameters such as pressure or temperature can be set in such a way as to prevent critical errors from occurring in the first place.

»Our vision is reject-free production«

We detect deviations from the optimal production process at an early stage and regulate the process in such a way that the specified component or product quality is always achieved, thus doing away with rejects. Reject-free production means that anomalies never reach a scale that would affect the quality of the component or product. We achieve this by constantly monitoring the production process. Reject-free production improves resource efficiency, which cuts costs. It increases capacity without using more energy or raw materials. This strengthens the competitiveness of our customers and protects the environment.

This could be also interesting for you: 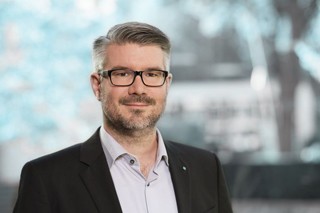