Fraunhofer IIS expands board of directors

Director of administration, finance, human resources and legal operations at Fraunhofer IIS, Peter Dittrich, has been appointed deputy director. Prof. Randolf Hanke will continue in his position as deputy director.

Bernhard Grill studied Electrical Engineering at Friedrich-Alexander-University Erlangen-Nürnberg. Since 1988 his work as research scientist has crucially contributed to the development of the audio coding technologies mp3 and AAC. On behalf of the large team of scientists at IIS he was honored with the »Deutscher Zukunftspreis« together with Harald Popp and Karlheinz Brandenburg for the invention of mp3 by Federal President Johannes Rau in 2000. The scientist has received numerous awards, including the Joseph von Fraunhofer Award and the Eduard Rhein Award. Bernhard Grill has been heading the Audio department at Fraunhofer IIS since 2000 and was appointed head of the Audio & Multimedia division in 2011. The division’s headcount has increased to more than 200 scientists and is recognized globally as the scientific and technological leader across many areas of audio signal processing.

With its headquarters in Erlangen, Fraunhofer IIS has 13 locations in 10 cities and ranks first among all Fraunhofer institutes in size. About 950 Fraunhofer IIS employees are currently working on new research results and services with an annual research budget of 130 million euros.

Fraunhofer IIS Board of Directors 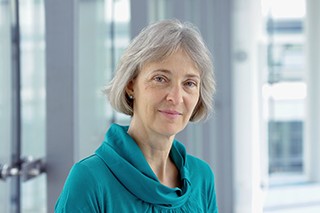