5G enables great innovative potential in all areas of the economy. Starting with 1G in the 50s, the 5G mobile communications standard is now in its fifth generation, and has developed greatly since then, which is why 5G is now also used in industry.

A major challenge currently lies in enabling as many sensors as possible to communicate wirelessly with the network using the most energy-efficient transmission technology possible.

The answer to this challenge lies in an important area of ​​application of 5G, namely massive machine type communication (mMTC), which coexists along side eMBB for high data rates and URLLC for short response times and reliability. 5G mMTC should enable the connection of up to 1 million devices per km2, with the advantages of a scalable connection, a comprehensive offer and deep building penetration.

With 5G mMTC, a distinction is made between massive IoT and long range IoT, which including NB-IoT, for example. Long Range IoT impresses with its low to medium energy consumption, small data volumes and a large range.

NB-IoT is the technology solution of the mobile network providers defined in 3GPP LTE (Rel-13), which meets the requirements of LPWAN, is continued under 5G mMTC and is already used in many countries.

The big advantage of NB-IoT is that it is a standardized and public solution. You do not have to set up your own network, but simply integrate it into an existing one.

We offer you a package of extensive know-how and own technologies and help you with the integration and adaption of you individual requirements.

We can help you find the right solution for your individual requirements. 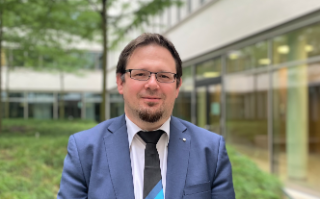