5G is giving the convergence of terrestrial and satellite-based networks a major boost. For the first time, the concept of non-terrestrial networks (NTN) is systematically taking satellite integration into account in the standardization of a new mobile communications standard. This is good for both sides: not only does it mean terrestrial cellular networks can count on satellite support to overcome any range limitations, it also gives the satellite industry the opportunity to expand its range of services far beyond the provision of satellite TV and Internet.

Satellites and 5G –
a question of network architecture

In principle, there are two approaches to effectively integrating satellites into cellular networks: backhaul or direct access.

At Fraunhofer IIS, we go one step further and focus on developing technologies for direct communication between satellites and users’ devices as a way to combine terrestrial and satellite-based communication systems.

These newer concepts for integrating satellites into 5G terrestrial infrastructure are based on direct connectivity between satellites and 5G-enabled user equipment (UE). These devices then have satellite-based access to the 5G network at all times – even when there is no base station nearby. In the future, this will mean that smartphones or vehicles can establish a connection either via a cellular base station or directly via satellite, depending on the reception situation. Network architectures are also possible in which the satellite itself, either fully or partially, serves as the base station (gNB).

For certain applications, a direct connection between satellites and receivers offers particular benefits:

Guarantees reception anywhere for fixed VSAT modems or mobile users and IoT devices – even in the world’s most remote regions.

Especially in combination with various satellite operators’ recently launched or planned constellations, comprising a large number of smaller satellites in low earth orbit (LEO), the integration of satellites into the 5G network offers great opportunities for reliable and global cellular coverage without any gaps.

How we are driving 5G satellite integration

We develop and test the latest approaches to integrating terrestrial and satellite-based communication. On this basis, we would be happy to advise you on all questions relating to satellite communications and 5G.

Our offer includes consulting services related to 5G standardization as well as feasibility studies and the development of system-specific integration concepts.

Learn how your satellite system can benefit from 5G NR (New Radio): To determine the performance of 5G NR direct access via satellite, we offer link- and system-level simulations for established and new systems.

We have simulation tools available that allow a quick and detailed analysis of all important performance parameters.

To validate the performance of 5G NR via satellite in actual transmission, we use the OpenAirInterface (OAI) prototyping platform.

This enables us to implement new features from the ongoing standardization process at an early stage and to try them out in live tests. Our laboratories also have the necessary equipment to realistically reproduce various channel characteristics in satellite transmission.

5G demonstration over satellite in a mobile environment

Technologies for a connected world

Benefit from our 5G skill-set 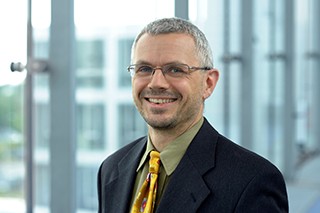