Say »(partially) autonomous driving« and most people think of roads on land, but it is an equally important topic for our inland waterways, too. The goal is not to make life easier for captains, but instead to better tap the potential of inland shipping and so relieve the burden on rail and road traffic. One area in particular that offers considerable potential for optimization is branch canals, so called because they branch off of a navigable canal that already runs into a city or an industrial area.

The Smart Port Shuttle (SPS) project focuses on developing a test field on the branch canal in Hildesheim, Germany. Under current conditions, the ports at the end of the Mittelland Canal’s branch canals are unattractive for inland navigation: there is no extension of the branch canals, cargo can be transported in only one direction, the locks are too small. To reduce the costs for this transport route and thereby make it more attractive, a (partially) autonomous shuttle service is to be set up between the main canal and the ports at the end of the branch canals on the test field. Within this project, it is important to establish the legal framework; to evaluate and integrate the systems for (partially) autonomous driving that are already available in the automotive industry; and to provide reliable data for precise positioning.

Facts on the SPS project

You may find this also interesting

Satellite navigation receivers and antennas for a wide range of applications 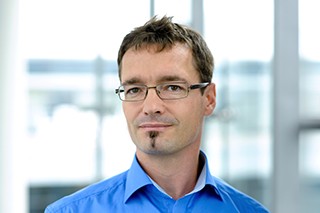