Gertrud S. felt like normal on this cloudy winter morning. Only that strange feeling in the pit of her stomach that would not go away after clearing the snow bothered her a little bit.

Although Gertrud S. diligently took care of herself since her heart attack last year, she did not pay much attention to the feeling and blamed her indisposition on the fact that she had not eaten anything for breakfast. While she was sorting laundry into the washing machine, the tele-medical support center already started receiving her emergency information.

Via her body central unit (BCU), the wireless communication sensors attached to the body of Gertrud S. had signaled a significant deterioration of her health status. After the BCU had provided detailed emergency information, the doctor at service was able to initiate further measures based on ECG, pulse and oxygen saturation as well as on consultation by phone. Gertrud S.´ second heart attack had been prevented.

The objective: 24 hours a day, 7 days a week – carefree all around.

To achieve this goal, we are developing an innovative, modular, configurable multi-parameter monitoring system (MPM) consisting of sensors, intelligent signal processing, and a radio link for mobile long term use.

Easy attachment, wearing, and changing of sensors, as well as easy system operation control, up to the visualization of measured values and medical or technical status information, are of great importance to our work.

The individual is in the center of our design and development. The multi-modal man-machine interface with voice control and adaptive, context-related dialogue management provides easy and flexible application:

We understand that mere technological innovation itself does not help much. That is why we provide a new orientation for the service supply chain with processes that are optimized accordingly. Adjustment to the needs of all those involved – medical staff, nursing staff and patients – is a prerequisite for increased quality of life and medical treatment.

A multidisciplinary team from five Fraunhofer institutes (cf. link list at right side) is shaping a comprehensive solution for tele-medical support. Scientists from the areas of medical engineering, micro systems, and information and communication technology are all collaborating with medical and nursing experts.

Our Expert Team for a Complex Task 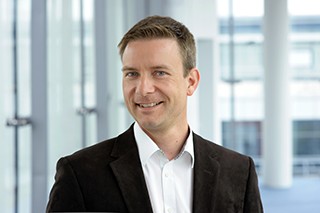