Whether on factory floors or fields of crops: wherever people need to acquire and collect billions of tiny data packets on a decentralized basis – and need to do so efficiently, securely and cost effectively – mioty® wireless technology can help. No wonder, then, that the development has not only been standardized, but has won a prize.

Much of the talk about carbon neutrality tends to focus on renewable energy, hydrogen and electromobility. But making such a huge push toward a zero-emissions society calls for numerous technological building blocks. One such component is mioty®, which makes it possible to transmit data from several thousand – up to a hundred thousand – sensor nodes per square kilometer via a single collection point without loss of information. This paves the way for the efficient and reliable implementation of a great many condition monitoring and remote maintenance applications. Meanwhile, thirty patent families have been registered, a start-up has been initiated, the technology has been standardized internationally, an industrial alliance has been founded, a patent pool has been set up and initial licensing agreements have been concluded. On behalf of the 30-person development team, Dr. Gerd Kilian, Josef Bernhard and Prof. (Univ. Navarra) Michael Schlicht received the Joseph von Fraunhofer Prize 2021. In our interview, the researchers reveal what is behind the technology and what they see as the secret of its success.

mioty® allows small data packets to be transmitted with no loss of information. In what contexts is this important?

Michael Schlicht: The key phrase is the Internet of Things, or IoT for short. In a nutshell, this involves sensors recording small volumes of data, which are sporadically transmitted by radio to a central point, where they are evaluated. mioty® makes it possible for the first time to send several hundred data packets simultaneously. With a bandwidth of just 200 kilohertz, mioty® robustly transmits over three million data packets per day to a single collection point. And it does so with such energy efficiency that the batteries last for up to 20 years.

Josef Bernhard: Wherever many small objects have to be securely connected over many years in a way that saves energy, mioty® performs an invaluable service.

mioty® wireless technology has developed into the international standard, and initial licensing agreements worth millions of euros have been concluded – to name just two milestones. What is the recipe for this success?

Michael Schlicht: A very important principle for a project like this – and indeed for almost all Fraunhofer projects – is the following: we’re never all alone in the world; rather, we’re part of a value chain, part of an ecosystem. As an organization that can bring scientific excellence to partnerships, we make such ecosystems possible. In this case, we’ve done this also by awarding software licenses to device manufacturers and through the international “mioty alliance,” which currently has 30 members including such well-known names as Texas Instruments and Diehl.

What qualities are needed to solve the challenges along the way when developing a technology like this?

Josef Bernhard: First and foremost, you need agility and determination. And everyone in our team brought these qualities to the table – otherwise, we wouldn’t have been able to transform the initial idea into a marketable, licensable product.

Gerd Kilian: The most important thing with mioty® was and is the collaboration! Without the great team, none of this would have been possible, precisely because the topic is so diverse and complex. We had communications, HF technology and digital circuit engineers, software developers, business developers and project managers working on the project – and doing so at various Fraunhofer IIS locations.

You three have been awarded the Fraunhofer Prize for the development of mioty® on behalf of the whole team. What was it like for you to collaborate?

Gerd Kilian: On top of the many technical disciplines you need, marketing and standardization are also hugely important. Between us, we cover these three areas well. Michael is more involved in the marketing than the rest of us, Josef takes the lead when it comes to standardization, and I perhaps had more of a hand in the scientific aspects. But that being said, we’re all scientists and we all talk collectively with potential customers …

Josef Bernhard: … and despite this division of labor, each of us is very well versed in the disciplines of the others.

What are you proud of?

Michael Schlicht: We’re proud that our mioty® idea didn’t languish in a drawer somewhere, but that we managed to develop it into a product family and that it even became an ETSI standard – that is, a standard of the European Telecommunications Standards Institute. In short, we’re proud of developing the first standardized low-power-wide-area communication solution, based on our transmission method of telegram splitting, which ensures reliable data transmission. Although the original idea was ours, it was also motivated by the ecosystem – in other words, application was the mother of invention.

What social relevance does mioty® have?

Josef Bernhard: The variety of applications that the technology can serve is enormous: industrial applications, smart cities, sustainability, agribusiness, early warning systems, condition monitoring, the list goes on – in fact, the technology can be used in all vertical markets. What’s most important of all is that we allow other people – beyond our own preconceptions – to be creative in terms of the applications they come up with. One promising application of mioty® is in agriculture, for example, especially in reducing the carbon footprint.

Gerd Kilian: Optimized irrigation is a nice example. On the one hand, you don’t want the crops to dry out; on the other hand, too much irrigation consumes resources and washes away unused fertilizer. If you know what condition the soil is in, you can save large quantities of fertilizer and water. This is precisely what mioty® allows you to do.

Josef Bernhard: The trend toward digitalization is unmistakable. Communication topics, energy-efficient and energy self-sufficient solutions, and IoT platforms play an important role here. It will be very exciting to see how it all plays out over the coming years.

1  | We use AI algorithms to optimize supply chains in an application-oriented manner and use data in a new way.

2  | With suitable analytics methods, we are able not only to analyze processes, but also to predict and optimize them. 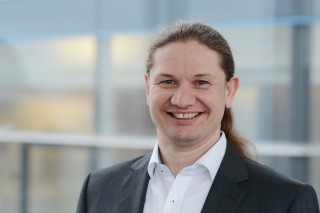 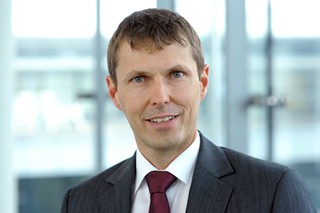 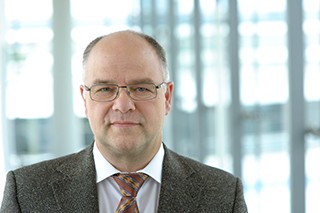