Fürth is where the Application-specific Methods and Systems, Production Monitoring and Contactless Test and Measurement Systems departments work closely together to carry out Fraunhofer EZRT’s research and development activities. With our unique expertise in the field of nondestructive testing, we can find the right solution for almost any problem.

In addition to excellent specialist knowledge, the Fürth office also has state-of-the-art technical equipment. Our researchers have access to numerous X-ray systems for various applications. Not only that, the Development Center X-ray Technology EZRT features Europe’s only test hall in which entire vehicles can be scanned.

The Application-specific Methods and Systems department specializes in the product life cycle, developing solutions for the recycling, raw material and product development sectors. We therefore offer innovative and novel solutions for use in the international sorting market or recycling. We develop customized software for controlling computed tomography and sorting systems, thereby solving complex problems in these three sectors and others. Additional core areas of expertise include the phenotyping of underground plant structures and 4D porosity analyses for the food industry. The development and use of X-ray applications — utilizing high-energy X-ray sources and detectors — are also part of the department’s repertoire. The XXL CT system takes X-ray technology to the next level, applying it on a much larger scale. It has attracted a lot of interest in the automotive industry and safety technology sector, for example.

We offer innovative and, when necessary, unconventional solutions in the field of nondestructive monitoring.

The Contactless Test and Measurement Systems department specializes in optical measurement systems, with a focus on 3D measurement systems, and radiation-hard X-ray camera systems (these are also considered to be optical systems due to their functionality — optical imaging of a fluorescent screen on several CCD cameras). Our patented radiation protection allows for long periods of operation for consistent image quality and is a unique selling point of our X-ray camera systems.

The Production Monitoring department develops systems software and concepts that detect deviations from optimum production processes at an early stage in order to minimize production rejects.

The department’s vision for the medium term is reject-free production.

Reject-free production means that anomalies never reach a scale that would affect the quality of the component or product. We achieve this by constantly monitoring the production process.

Reject-free production improves resource efficiency, which cuts costs. It increases capacity without using more energy or raw materials. This strengthens the competitiveness of our customers and protects the environment.

Services provided by the Production Monitoring department and its technologies:

The test hall, which is 14 meters high and covers a surface area of 400 square meters, is home to two eight-meter-tall rigging towers, a turntable with a diameter of three meters, X-ray sources weighing three metric tons and two detectors — one four-meter-long line detector for detecting larger structures and one smaller flat panel detector with very fine resolution.

An object is positioned on the turntable using a crane and then automatically scanned line by line while rotating on its own axis. The beam energy can be altered depending on the object’s material, size and wall thickness. The maximum energy is nine megaelectron volts (MeV), which is roughly 20 times the power of conventional industrial X-ray systems. The acquired scan data are reconstructed and visualized using software developed in-house. The object can then be studied layer by layer and examined in 3D in whole or in part. This enables structural flaws and material defects to be accurately detected, characterized and evaluated. Externally inaccessible areas can also be examined.

If the test object exceeds the dimensions for a single, complete scan, it is scanned in sections. These sections are then precisely pieced together during post-processing. 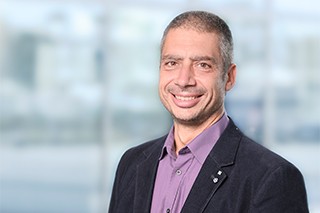 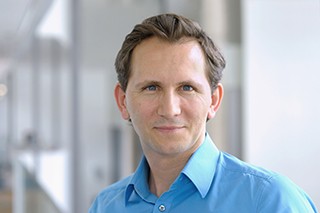 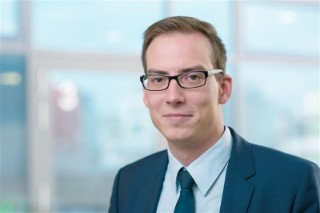