Fraunhofer has seen commercial success for its easyDCP product line with currently clients in more than 50 countries worldwide. With this bundled package, post production professionals will appreciate the ability to simply master complete Digital Cinema Packages (DCP) and easily playback in real-time during the post production process on off-the-shelf hardware. In addition, cinema owners who want to design their own advertisements now have a simple solution.

“Both high-level professionals and non-experts will find our easy user interface a plus over alternative systems,” said Dr. Siegfried Foessel of Fraunhofer IIS’s Moving Pictures Technology department. “With our solution, there is less room for errors in addition to the enhanced creativity benefits.”

Post production at all levels is improved with the easyDCP package. In addition to being a comfortable way to check DCPs before final distribution, the workflows for the creative process is enhanced with an easier opportunity to implement new efficient workflows for dailies or to do special first cuts to make better informed decisions on film cut choices.

Designed for use in a secured environment, easyDCP is a JPEG2000 decoding solution that can play back encrypted DCPs. The easyDCP Player is system independent so users can use it on Windows-based PCs, MACs or Linux-based computers. The MAC version will be available at NAB2011.

easyDCP Creator simplifies the creation process of DCPs. The software allows non-digital-cinema experts to generate DCPs. No additional hardware is required and like the easy- DCP Player, the program can be used on a standard PC.

The complete DCP package wraps the image, sound data and subtitles of the film into MXF files and adds the metadata that communicates how the different packets are linked, which parts of the film they contain and in which sequence to play back. It is capable of high-resolution HD, 2k and 4k content packaging.

“Most movies are still recorded on film material and are then digitized for post production,” said Dr. Foessel. “Conversion difficulties such as color space transformation and taking TIFF images to JPEG2000 are easily handled by the easyDCP Creator.”

The software is compliant with both SMPTE (Society of Motion Picture and Television Engineers) and J2K INTEROP DCPS and resulting DCPs can be ingested in all DCI-compliant cinema servers. The easyDCP Creator+ version adds support for stereoscopic 3D functionality and encryption with a Key Delivery Message (KDM) generating tool. A test download is available for easyDCP Creator and easyDCP Player via download at the following web site: www.dcinema.fraunhofer.de. 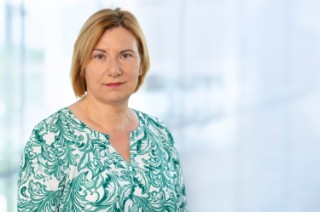